Another week, another horoscope

February 03, 2011
Air Signs:
So at the dentist the other day the chatty hygienist started telling me about how when she was a kid she used to pin her dog down and brush and floss his teeth every day.  "Wow, so that’s how it started," I responded.  She looked at me blankly. I know! So I explained, "you know, you’re hygienist career,"  she looked startled, and said that had never occurred to her, but maybe I was on to something.  Seriously?  She has to know it’s not normal to brush and floss a dogs’ teeth daily.  Anyway, Air Signs, start by looking at the obvious stuff.  It's really not that complicated.

Water Signs: I was sitting in my cubicle ruminating about some things, and maybe I didn't look super happy for a second because I was sort of staring into my full-spectrum light and sort of putting my head down on the desk at the same time, when my hockey agent walked by.  "I know that feeling.  The puck is so small, and the goal is so big.  And sometimes, it gets in.  You just do the best you can." That's it, Water. Just do the best you can.

Fire Signs: Speaking of my hockey agent, he told me that he's feigning disinterest when people call to sign me on one of the pro teams.  He says, "I tell them I'll call them back, maybe.  But I don't.  We don't want to look too eager."  Well, Fire, I disagree.  What the hell is so wrong with being eager?  Are we so chill as a culture that we must profess boredom and disinterest at ever turn?  REJOICE! Don't be too cool to live your life.

Earth Signs:  I bumped into an old acquaintance at the store the other day.  When I asked how his daughter-in-law was doing, he said she was doing great, and he attributed it to the fact that she had eaten the placenta from her recent pregnancy.  I try hard to be open minded, but I've seen a placenta, and, well, I'm not really even that into sushi.  So, Earth, see what you can do this week.  Step it up just a notch, without going full-board into placenta eating.

All the Rest:  It's starting to really bug me, this whole, "manifest your destiny" stuff.  I know, it's all the rage.  But there's serious resource disparity in the world, and if you woke up as a person living in Haiti, watching your children die of tuberculosis and cholera, um, it wouldn't really be something you could manifest your way out of.  So let's be grateful but not to self-congratulatory, eh?

That's it. And by the way, the blog and I are taking a little vacation; posts might be scarce for a couple of weeks.
horoscopes

Popular posts from this blog 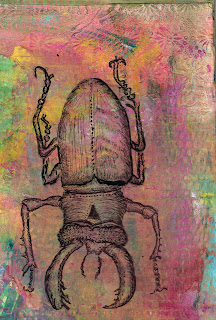 I’m coming out today as a church lady.  I know - sodowdy!  I’ve been a Unitiarian Universalist my whole life, and deeply involved in my church for over twenty years.  I know where the aprons are stored in the church kitchen, I’ve been to a billion potlucks and fundraisers and most of all, Sunday morning services.  I’ve worked in the religious education program for 20 years and been the president of the Board of Trustees, been on the Social Justice committee, and done a million other things over the years.  I have a key to the front door, fer godsakes.  But I don’t talk about it much.
I tend to be moderately private about my involvement in a church, because lots of people hear the word “church” or “organized religion” and it conjures up a vision of dogmatic haters. When people bash organized religion, I remain quiet, because I get it.  I understand why so many thoughtful people of conscience are opposed to, or frightened by, organized religion.  There are numerous examples of religion p…
Read more

Aries (3/21 – 4/19):People have been remarking lately on the fact that I only have an inside voice, and am not capable of shouting.  (Does it seem like some people only listen to shouting?  But that's a different rant, and so inappropriate for this cheery blog!)  I've decided to call it an Insider Voice, which I think makes it more compelling.  Doesn't everyone want to be an insider?  Aries, use your insider status for good, not evil.  You're about to have a remarkable week.  Don't squander it!

Taurus (4/20 – 5/20):  I've been doing lots of math for free at the Khan Academy, and I'd highly recommend it if you have a solitaire addiction.  (Ahem.  You know who you are.)  I personally have an irrational fear of global transient amnesia, and I'm trying to innoculate myself against it with math.  Suiting up as a mathlete.  See all the dark blue squares, Taurus?  That's mastery!  I know, it's mostly in concepts like one digit addition, but I will work …
Read more 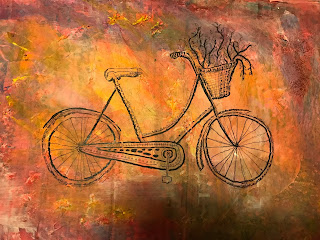 Twelve years ago, when Bush was re-elected, I felt sad.  The nation seemed to have nonchalantly accepted being at war.  We knew by then that there were no weapons of mass destruction in Iraq, the war that was killing and maiming so many was based on misinformation at best, and as a nation, we didn’t seem to care.
My then teen-aged daughter fell into a depressive slump, and stopped wearing shoes as a way to denounce the way things were going.  I was disappointed by the election, but not devastated.  Four more years.  We knew what we were in for, and though I was deeply disturbed, I wasn’t terrified.   We would plod through.
Here we are in 2016, and it’s a whole new ballgame.  We watch, breath held, as the man who believes it’s okay to grab women by the genitals, spew hateful rhetoric against entire countries and religions, and seems unable to focus for more than a few minutes at a time, begins to take charge.  I, like many of you, feel terrified and sickened.  If it weren’t so disgusti…
Read more