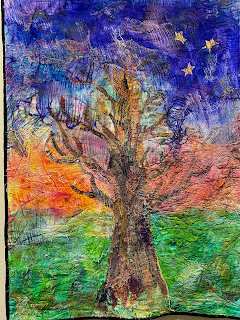 Aries (3/21 - 4/19): Well, Aries, it's been a while.  Remember that time I said I was going to write a blog post every day and I did it for one day in a row?  Do you get to call it "in a row" when it happens once?  Why of course you do!  All rules are off now.  It's all the wild wild west, wear your white shoes any old time, drink gin for breakfast from the bathtub.  That's how it's going now.  Enjoy.

Taurus (4/20 – 5/20):  I keep wondering why I don't have more time.  Right?  We're mostly staying at home, and everyone stopped commuting and forgot both how and why to talk to random people.  And the world is opening up a little bit, like a ferris wheel that's slowing creaking along, loading one car at a time before getting up to full speed.  I say that like I know the first thing about ferris wheels, which I don't, because I've never been on one due to, well, fear.  I know some ferris wheel history, though.  Chicago. HH Holmes.  Anyway, two reasons why I don't have more time: 1) The Warden, which is what I call the dog who bosses me around all day.  She says when we get up (early), and when we go walking (a lot), and when we eat (whenever she thinks of it.). 2) Sleeping.  I go to bed so early that I sleep for a while and wake up  and it's still daylight which is super confusing (am I a man dreaming I am a butterfly who took a nap? Or a woman who ran out of steam on the day too early, while it was still in full swing?). Taurus, use your time better than I do. 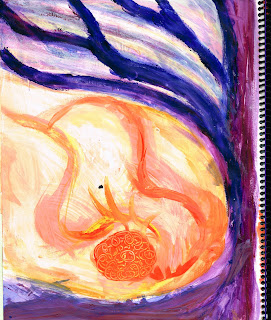 Gemini (5/21 - 6/21):  Will Matt Gaetz ever go to jail?  The particular brand of man who believes women and (eww) children were put on the planet for his pleasure, blocks minimum wage, thinks people in economic hardship should pull themselves up by their bootstrap (or possibly the g-string) and just work harder, is so maddening.  We need a sign that justice will be back soon, Gemini.  Oh, and happy birthday!! Enjoy your time here on this planet as if you were living your very best life.

Cancer (6/22 – 7/21):  I've spent a while today researching how to dust, of all things. Dusting seems pointless, like sweeping the beach. You move it around a little bit and it comes right back. But my house is starting to look a bit like Miss Havisham lives here, so I thought I'd see if there's a cure. Cancer, it turns out that are a lot of people worried about dust! They test methods and supplies and blog about it, and compare prices of dusting options. I read a post by a woman who compared the cost of various products -- there are disposable rags on a stick that you buy that move the dust. Anyway, you probably knew that, Cancer, but here's something that shocked me: she based her calculations on dusting once a week! I've lived here for 30 years and I think I've dusted twice -- it just didn't take. Cancer, don't worry about the dust. It's one more thing that The Oppressors have come up with to make women feel bad about themselves. (I haven't yet found a man blogging about the dust situation, but correct me if I'm wrong on this.) Dust, hair, belly fat, wrinkles. They're part of our best life. Do you wonder why your rising sign is so different from your sun sign? Yeah, I don't know anything about that. These are fake horoscopes. I just know dust. 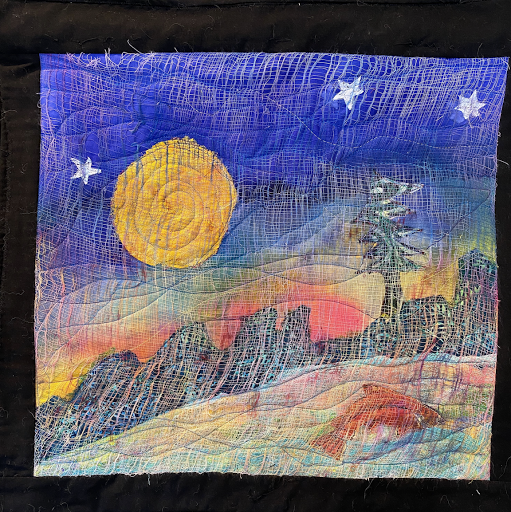 (Because now Miss Havisham emerges from the spider webs as some kind of dusting expert.  I've done the research, as the anti-vax folks say, when what they mean is they saw a video posted by someone who has been on the couch wearing flame-retardant pj's for a year.) What I really want is a little outfit for my broom, something that the broom (whom I call Dan'l as in Daniel Broom) could slip on once a decade and dance around on the ceiling.  After that frivolity, Dan'l would take off the skirt and go back to being a staid little broom again.  But R. told me it would be worrisome if I, the woman who doesn't dust, started sewing clothes for Dan'l.  (I didn't tell R. that the broom has a name for obvious reasons.). Leo, what's the point of all this dusting talk?  I'm not sure.  But if you see me under the bridge selling handmade pants for brooms, you know what to do.
Virgo (8/23 – 9/22): Does clicking the box that says, "I'm not a robot" actually prove it?  I'm not a robotics expert but does it seem strange that we can send robots to Mars to take photos but we can't teach them to click the little box?  It may be that robots are programmed to tell the truth.  Their trainer is all, "CLICK THE BOX ALREADY!" And the robot is hovering, paw near the box, but pulls back.  "I cannot tell a lie.  I am a robot."  Virgo, I don't think you can tell a lie either, which is such a good thing.  May we all be so full of justice.

Well, it's almost time for the post-pandemic retrospective, to see what we did.  Here's what I did:  walked my dog a million times, cooked a bunch for myself (until the point when I devolved into making one kind of food for both the dog and I).  Oh, you want the recipe?  Throw ground turkey, rice, and any vegetables you can find into a pot with water.  Boil for a while.  Dish out the contents into two bowls, one for you, one for the dog.  Eat with a spoon while she eats with her face.  One vat will last a week at the pace of two meals a day for both of you.  For fancy, form into a patty and fry it up in a pan. 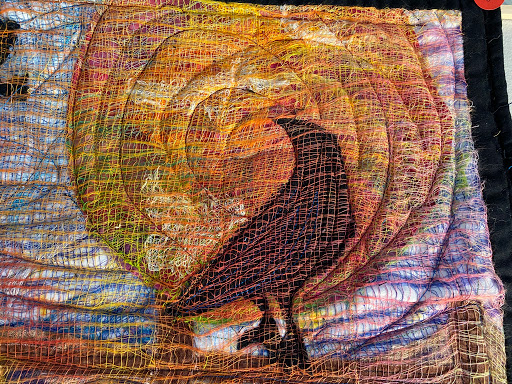 Also, during the pandemic, I started answering my telephone and even initiating phone calls.  And I wept most days, sometimes because I miss my sisters, sometimes because I think about the people who died horrible gasping deaths alone in a hospital, sometimes because I realize I may outlive some of my loved ones, and sometimes because I'm just tired of it all.  Tired of eating the dog food and cooking and walking the dog and all the things.  And sometimes because I'm thinking about the mothers I know who have lost children in the past few years, and it's unbearable to consider.  And sometimes because I'm worried about the lack of news literacy in this country, where people can be so mislead by people who are, well, trying to be misleading.  Scorpio, even when Venus is in Mercury and the moon is in the dusty house, keep being straight-forward.
Sagittarius (11/22 – 12/21): Also, I tried to develop one new habit.  I tried to learn not to be a sponge-leaver.  I was going to emerge from the pandemic as someone who always wrings out the sponge and puts it on the edge of the sink.  Just like dusting, it didn't take.  I was also going to do the Swedish Death Cleaning but got kind of hung up on some technicalities.  Is it the thought that counts, Sag?  Let's hope so.  Keep thinking good thoughts, this week and all the weeks.

Capricorn (12/22 - 1/19): There doesn’t seem to be a way to break through the wall of misinformation.  You might say something to an anti-vaxxer like, “Have you noticed that the number of cases, and more importantly, the death rate, has been falling dramatically since people started getting vaccinated?”  And you get back, “well, the death rate wasn’t even accurate to begin with, that was just the liberal media calling everyone dead who was actually fine, and meanwhile the dead people were votoing. ”  Or something equally deranged, and you can see that there’s not a worthwhile discussion ahead.
Aquarius (1/20-2/18):  Here's an idea, Aquarius:  Each time an anti-vaxxer mentions doing anything, say, “Uh, have you done the research?”  Like, oh, you're driving across a bridge?  You're buying food from a store? You're flying on an airplane?  Etc.  Would that be a way to gently point out that we are all on this planet together, each of us with something special to contribute, and we need to trust one another in order to make it all work, and we need to be trustworthy and there's no possible way to do all of the research, and it's a pretty huge slap in the face to the actual experts.  Just as you wouldn't barge into the cockpit and start telling the pilot what to do because you saw a video, you probably want to treat the doctors who will someday be fighting for you life, with a little more respect.  Be an ambassador!  Treat each of the humans as if you were going to need their kidney one day.  Set it up so that they'll be delighted to give it.
Pisces (2/19 – 3/20): Here in Duvall the anti-vaxxers carry signs that say, "Our children are not ferrets." Which seems like an easy thing to agree with, because I don't know anyone who's children are ferrets.  Maybe we need more protests like that, to establish common ground.  "Pie is delicious!"  or "Nap when you're tired!"  Stuff like that.  Unless of course, Pisces, your children are ferrets....
at June 12, 2021