Showing posts from January, 2013
Show all

Anyway, Horoscopes and Whatnot 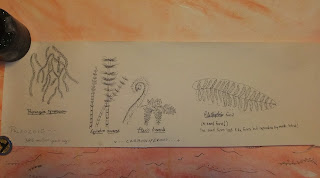 Aries (3/21 – 4/19): When R. was home over Christmas break, he noted all of the pamphlets and charts about the geologic time scale hanging in the bathroom.

"What's that about?" he inquired.

"I'm trying to re-learn all that."

"Mom, the part that makes me laugh the most is your impulse: 'There are undoubtedly other people who want to learn this too!  So when they come over and use the bathroom, the information will be available.  To others.  Who come here.  And need to use the bathroom.  And want to learn the geologic time scale.'  Yeah,  I totally see where you're coming from.  Trying to make the world a better place in your own freaky way."

Aries, I'd like to proclaim that there's absolutely no shame in offering secret home-study courses in your bathroom.  For free.  Do that this week.  Or come here and take a class, if that need arises.  (You don't have to say which need.)

Does eating a sandwich count as having a plan?

January 17, 2013
So I have a new customer who will remain nameless because he's named after the hero from a manly western frontier story, and I'm pretty sure, based on the unusualness of the name and the date of the book, that he's changed his name to have the name of this character.  Right?  It would be like if I were named Scarlett O'Hara, but GWTW were written in 1982.

Life is a bit dreamlike these days: night flows into day flows into night with a sprinkling of yoga and podcasts punctuating the moments.  It's been lovely and cold here but it seems too hard to go outside.  I called my sister, who told me she couldn't go to work today because she couldn't figure out how to put pants on.  I can relate.  She is my people.  I couldn't figure out what to do today either.  Just one long day, one gun-toting manly customer, a yoga class at each end, and a blank spot in the middle.  I took a little nap, and when I awoke, I was invited by the Cake Boss to go for a ride-along …
6 comments
Read more 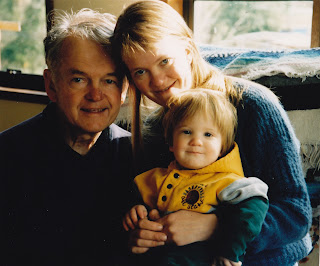 My dad died on Friday.

It was expected, but also a huge surprise, because what he died of, a cardiac event, wasn't a condition he'd had.  He had Parkinson's, which is a hideous, joy-sucking disease, and I know he didn't want to keep going, so it's a good thing.  But strangely surprising.

We all know, from the time we figure out how this journey ends, that if all goes well, our parents will die first.  And then when they get sick with something that is a one-way street to death, well, it pretty much clinches it.  But still.

My father was an exceptional man.  He was remarkable in that he had no ego in the race, no need to compete.   He had the ability to marvel and be impressed by those around him, and never needed to show off, or remind anyone of his own considerable accomplishments or talents.

He was really quiet and calm, and didn't say anything at all unless he had something to say.  He would let silences extend indefinitely.  For people new to this style, i…
26 comments
Read more

Gallus gallus died for your sins. Or because of mine, it's unclear.

My little vegetarian daughter talked me into assisting with murdering moving some chickens into the next life. She convinced me that this is a karma neutral activity, and that if you lived a long life as an organic free-range layer hen in the Snoqualmie Valley, you've had a better life than most animals -- you've never had to apply for a job or worry about money or face rejection or suffer a weird random act of violence or deal with long lines or existential ennui or wonder what you should do with your life or get cornered at a party by someone boring, and last but not least, you don't have to write a book.  You just eat scratch and bugs in this beautiful valley with your little chicken friends, and then one day, before you get to the suffering achy failing part of old age, some random human arrives with a sharp knife...

I was going to try to make this outing into horoscopes, but it turns out I don't have it in me.  It was a weird mix of sweet and tender and sad and s…
9 comments
Read more 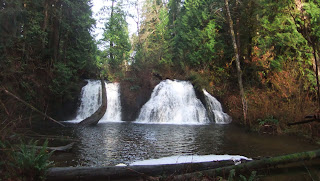 Aries (3/21 – 4/19): I started this new year by doing two things that seemed like what Real People do.  One is that I threw out some old spices, bought new ones, and made a feast.  Including triple layer chocolate cake.  It's a little hard for my miserly self to buy the new spices, but I did, and now I hang out by the spice drawer breathing deeply.  A whole new jar of cardomon pods.  I'd like to recommend that, Aries.  Does that count for a horoscope?

Taurus (4/20 – 5/20):  The other thing I did is take my car to the car wash, first time in seven months.  Cars only get a certain amount of dirty, I've noticed.  Clean for 3 days, dirty-ish for 12, and then, in a particular form of miracle, they don't get any dirtier forever.  (Side note:  did anyone love that movie, "You, Me, and Everyone We Know" as much as I did?  And that part with the goldfish on the car?  I loved that.)  So that washing the car was a a tiny bit of a waste, but made me feel alternately grown…
6 comments
Read more
More posts