I haven’t been writing much because, well, who’s going to play the Freecell? Right?  How do you get all of the cards in the proper piles if you’re writing?
That’s one thing I've done:  won a fuck-ton of free cell games.  That’s what I have to show for the pandemic so far.  All of the time spent home alone for the past year and a half when I could have been creating, or cleaning, or Making Good Use of My Time, I don’t.  I stare at the abyss, which is very close, and play another round of Freecell.
But I’d like to write more, I really would.

Yesterday, I went on a walk with a dear friend and all of our dogs. The dogs ran off to find the river, duh.  But access to the river in that location was a steep unstable sandy slope, and we know about steep slopes.  It’s easy to go down, hard to get back, exactly like the abyss, which is why we try to keep a safe distance.

We could hear the dogs splashing and playing, and then the two younger spry dogs scampered back to us but my beautiful middle-aged girl with arthritis was stuck, and I had to go down the slope and push her a little bit by the haunches, and pull her a bit by the scruff of the neck.
Luckily, someone who had come before me had driven a long piece of rebar into the bank and tied a rope to it, so it wasn't that thing of oh, now two people (well, one person and one dog who thinks she's a person) are stuck down there.  Whomever installed the rebar is Making Good Use of Their Time, that’s for sure.  And it made me think like there should be more metaphorical and figurative rebar stakes attached to ropes surrounding the abysses of all types so you can explore a little bit without getting stuck.  We really don’t want to be pushed back up by the haunches.
The second interesting thing that happened on our walk is that we came upon a woman walking alone, taking photographs of the beautiful day, and we started chatting.  She had some interesting new information, like, did we know that the pupil of a goats eye is rectangular? (No! Didn't know that.).  And we wandered from there to viviparous snakes and so on, which was quite pleasant and interesting, and made me think I could ask some of my questions.

I have the same questions all of the time, and mostly I can’t even remember the questions, but here they are.  Things I should understand but don’t.

Anyway, back to our walk.  Here was this woman who seemed to know a lot of stuff about snakes and goats, so I asked if it was appropriate to ask my questions.  The two people I was with both looked at me like I was a little bit off, but I’m used to that and forged ahead.

“Do either of you know how money laundering works?”

And, like a tiny miracle, the woman who knew about goat’s eyes and live snake birth was prepared for my question as if she had been standing there with a little power point in her pocket, ready to explain money laundering to random passersby.  “Yes.  It takes three steps.  First, you actually put the money in the wash so it looks a little older.  Then, put it into a business…. (this is the part where I always get confused because really, how do you get the money back?

Here’s how it goes when I act it out:  The little fisher price guy with blue overalls, the one doing the crimes, has a miniature satchel full of drug money.  We’ll call that the suitcase money.  (By the way, feel free to act this out at home.  There’s no shame in that.). He buys a restaurant with regular money because he can’t use the suitcase money.  His main problem in life, besides that there are a bunch of shady people trying to kill him, is that spending the suitcase money could land him in jail.   But now he can spend suitcase money on the restaurant.  So, if you’re playing along at home, take your blue overalls guy and have him hand a few thousand dollars from the satchel to the guy wearing the chef’s hat.  Chef hat guy will redesign the menu and boss the people in the kitchen around.  Now, overalls guy is out the regular money that he bought the restaurant with, plus the suitcase money he gave to chef’s hat guy. 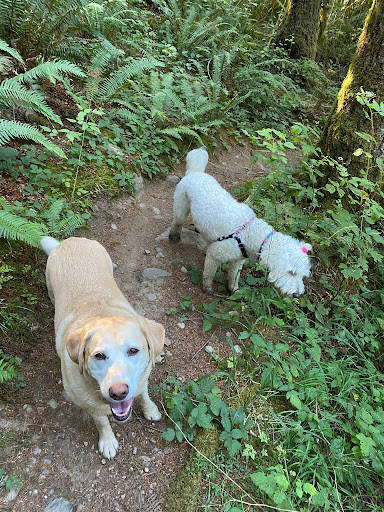 But overalls guy can write in his tiny little ledger that he spent a few thousand dollars in business expenses, so that money is now legit in the system.  I guess that's good?  But he doesn't have the money anymore.  He does have some business expenses so his taxes are reduced, but jeez, that seems like a complicated way.  He has laundered a tiny fraction of the money in the suitcase, but he also owns a needy restaurant full of people who are sending their chicken back because it’s too cooked or too raw, or they didn’t know there would be a sprig of parsley near it, or they thought the salad would come first, and the dishwasher called in sick, and the servers don't want to tip the bartender, and the chef is wearing sandals so you got written up by
the Health Department, and so on. This is where I start thinking it would be easier to just do the regular job that the overalls guy is supposed to do.
Anyway, everyone had to leave just as she was starting to explain the confusing part about money laundering, so I still don't really know how it works, but I will count this encounter as a minor miracle.
at September 12, 2021